How to create a private Hifi streaming service?

If you have a quality and relatively large music library, it's a shame to have bought all these albums and to have to subscribe to a streaming service provider to listen to them when you are on the go ...

Maybe have you ever wondered if it would be possible to create a private streaming service and thus replace Spotify, Qobuz, Tidal, etc ... to play your own media library in CD quality?

It's possible and quite simple, you just need to have: 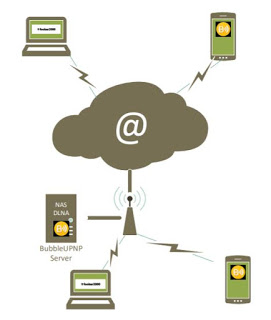 BubbleUPNP Server is available in the Zenwalk repository (package is for Slackware as well).


The configuration of BubbleUPNP is simple and well documented :

BubbleUPNP Server is configured graphically via the browser (see screenshot below). 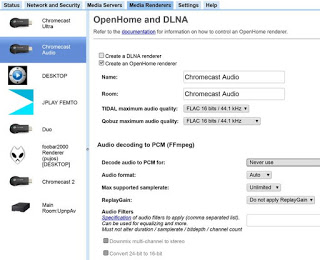 So you won't have ripped your CDs for nothing;) ... and 1 year of Qobuz "Hires" subscription saved will allow you to buy a few dozen albums in order to integrate them into "your" BubbleUPNP media library (Hires it too, if you want, or in any case CD quality, because the Hires doesn't bring anything ... but that's another story ...). You can share it with all your family and friends: in private.
A simple deposit of FLAC files on the NAS and they are instantly available via BubbleUPNP.

Don't forget to make a small donation to the developer, if you want ...