The return of the Fox

I'm thinking about switching default web browser back to Firefox. Latest multiprocess improvements (see e10s below), and the return of Flash support for contents still using it, can fill the gap between the Fox and Chromium... 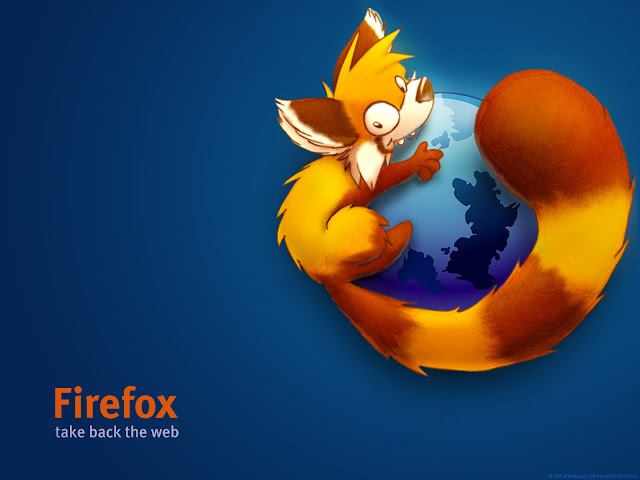 Netpkg gets a Fall refresh

Netpkg new version 6.3 is available. The GUI has been improved to give more place to the packages tree browser. New dialogs have been added to ease sources management. Please report any issue. Written in Perl and C, Netpkg aims to be a powerful multi-source, dependency aware, modern package manager for Slackware and Zenwalk.
Have fun !
JP 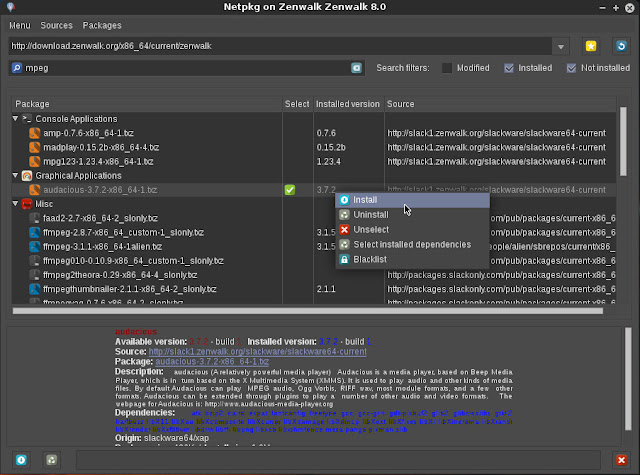 Here's the first post-8.0 "current" ISO. Along with many packages updates from upstream and Zenwalk, you'll get the MPV media player out of the box, some improvements in the setup (new disk partitioning dialog) and the ZenENCFS privacy folder encrypting tool (so that you won't have to put your hardware into the microwave oven any more to remain anonymous). 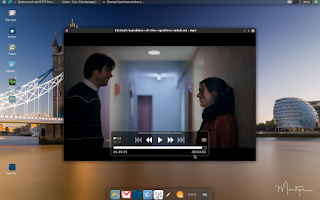 MPV is the new default media player in Zenwalk. MPV is a fork of mplayer2 and MPlayer. It shares some features with the former projects while introducing many more. MPV uses ffmpeg as backend library for media processing, with no code redundancy : so nearly any existing audio/video format can be played. Unique to Zenwalk : I have developed a "single instance" launcher using the MPV remote command API, and a Thunar menu popup to get detailed media information. Enjoy !! 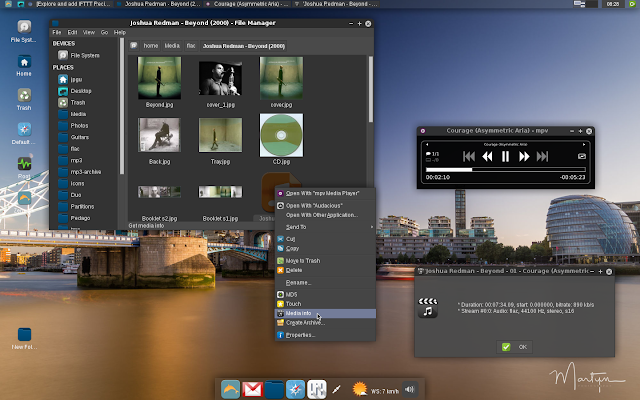 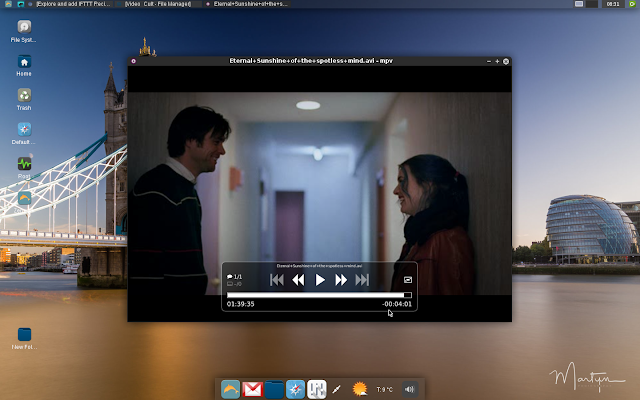 Zenencfs, the Kiss (Keep It Simple Stupid) ENCFS interface has been updated. Now you finally have a really simple and native solution to crypt your confidential documents with military proof ciphers. As simple as a mouse right-click !
via IFTTT
Posted by Hyperion at 3:43 AM

Enlightenment DR21 is ready ! For the geekiest of you : I have built and packaged Enlightenment DR21 (4 packages to be installed through netpkg (efl enlightenment luajit bullet). If you manage to configure E21 to look and feel like the Zenwalk default desktop : you're welcome to send me the profile!! ;) Have fun
via IFTTT
Posted by Hyperion at 12:19 AM

Following the release of Zenwalk 8.0 : Zenwalk Core 8.0 is now ready to play. Zenwalk Core is a minimal system, built with customization in mind to allow a skilled user to build a secure server in minutes. Powered by the Linux kernel 4.4.19, Zenwalk Core 8.0 provides the latest Slackware base system with no X Window System binaries, no X applications. Out of the box you get a full featured server system (Apache 2.4.23, Samba 4.4.5, Sendmail 8.15.2, Bind 9.10.4_P2, ...) driven by the WEBMIN Web interface and Zenwalk system tools. After a 10 minutes install of the 600MB ISO, you can then customize it by removing unneeded daemons, activate the firewall service, and configure your server. Have fun :) jp ISO can be downloaded at : http://slackware.uk/zenwalk/x86_64/8.0/zenwalk_core-8.0.iso
via IFTTT
Posted by Hyperion at 11:00 PM

To improve RAM and CPU usage in Zenwalk, Chromium will (soon) default to the "process per site" model, as explained below. http://ift.tt/2bDEVKz This process model seems to have the best performance / resource ratio, so far, in my tests... In next zenwalk-desktop package update ;)
via IFTTT
Posted by Hyperion at 11:15 PM

Zenwalk 8.0 is on the road ! Here we are : Zenwalk is back after a long development blackout, with latest best of breed software (Libreoffice 5.1.3, Chromium 51, Mplayer 1.3, ffmpeg 3.0.1), latest Slackware base system featuring the Linux kernel 4.4.14, and a new desktop layout for the user-friendly XFCE 4.12.1. Zenwalk 8.0 is a "less than 1GB ISO" pure Slackware system with added post-install configurations, optimizations and tunings already done out of the box, with a ready to use polished desktop environment, with added graphical system tools, added office and multimedia applications, and striped to keep just "one application per task"! beginning with release 8.0 : Zenwzalk is a 64 bits only Linux distribution. As it is hard to still find 32 bits CPU nowadays : I believe that the old 32 bits architecture is for small specialized systems only, not for desktop (even very old 10 years old CPUs such as early AMD Athlon can run 64 bits code). Of course, contributors are very welcome to port it to 32 bits. In 2016 the web browser is becoming the most important application, and desktops have to "be able" to be synced with smartphones and social networks. So, thanks to Alien Bob, we provide Chromium as the default web browser (firefox is still available from repositories and can be installed with a few mouse clics via Netpkg). Also staring with this release, some tweaks have been added to I/O and CPU schedulling policies to give X applications some more cycles than the underlying system. You will hopefully notice some improvements in desktop responsiveness. System tools have been heavily improved to fully integrate Policykit privileges elevation features, enabling the unprivileged user to tweak many system parameters that require root ownership (you can now change your user password from the XFCE panel by entering your previous password, set the Xorg keyboard layout without root privileges, set your locale, set the login manager settings, etc...). As usual the system tools work similarly in graphical mode, launched from the panel, and non-X console mode with the same menus and options. Thanks to Didier Spaier for some good advices about installer improvements, and contributing an upcoming polyglot Zenwalk variant. The network package manager "Netpkg" can simultaneously query as many repositories as needed, providing the distribution with thousand packages coming from Slackware, Zenwalk extras, and other trusted sources ... Thanks to Emurikku, we also provides a complete set of Music/Recording tools, including the Ardour recording framework, along with a real time kernel, making Zenwalk a recording Studio out of the box. Thanks to Vincent Kergonna for hosting the main package repository and Zenwalk ISOs, flawlessly since 10 years ! If you need the plethora of Slackware network servers and applications from the start : please note that you can download an original Slackware (or support the Slackware project at http://ift.tt/29bSPk4), then install the latest set of Zenwalk 8.0 packages ("z" serie of packages) on it, then reboot : you will get a genuine Zenwalk system, of course : without the "one application per task" cleanup. And finally thanks to Patrick Volkerding for inventing the concept of what we actually call a "GNU Linux Distribution", and thanks to the thousand skilled developpers who coded all the pieces : kernel, drivers, applications, libraries, etc... And finally thanks to the Flying Spaghetti Monster for inventing the concept of what we actually call a "The Universe", and thanks the thousand of scientists who continuously try to understand why he did it. Have fun !
via IFTTT
Posted by Hyperion at 2:28 AM